Our dental clinic is open and you can read our COVID-safe procedures here.

We have unfortunately had to temporarily stop our beauty treatments in line with Government regulations. All existing appointments will be rescheduled.

We use cookies to ensure that we give you the best experience on our website. If you continue without changing your settings, we'll assume that you are happy to receive all cookies on our website.

Being a Polish dentist in the UK 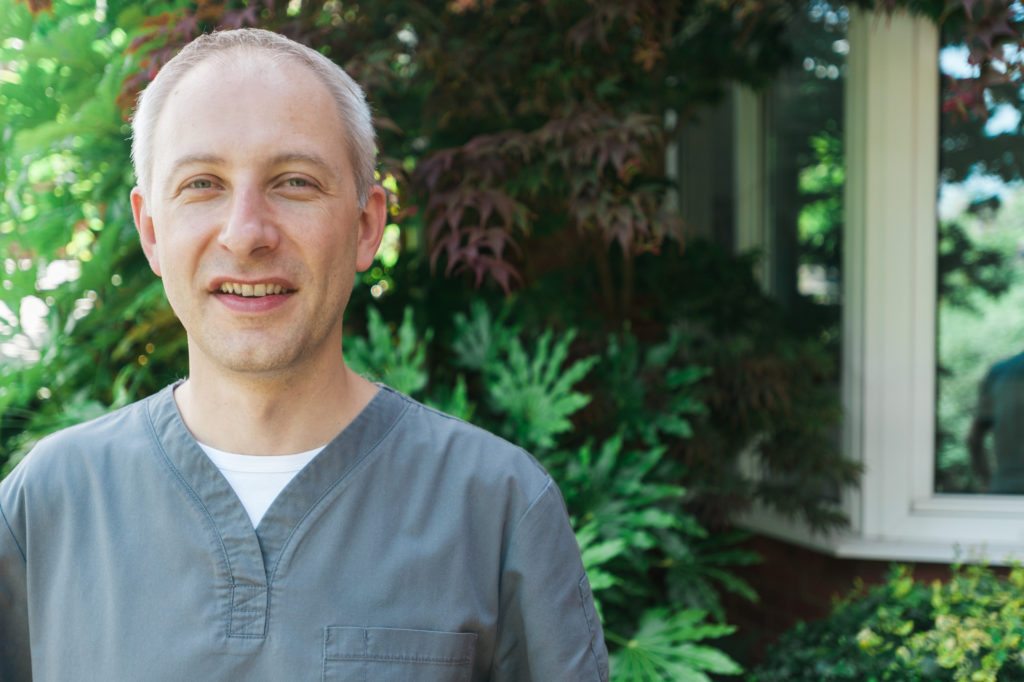 As the number of Poles living in Britain passed one million for the first time last week, yet immigration from Eastern Europe’s at a record low since Poland joined the EU in 2004, we wanted to look behind the statistics. So we asked a client what life is really like for a Polish dentist living in the UK.

Slavek Stobiecki is the owner of Highfield Dental & Facial Clinic in Southampton.

Slavek, how did you get here?

I’m 41 and I come from Katowice, near Krakow in southern Poland. I moved to Krakow to open a practice before taking a job as an associate in the UK in 2005.

I was 13 when the system changed. It was crazy but a lot of people remember those times with sentiment. There was less poverty, people had jobs and money, but there was not much to do with this money. You would go to the shop and there might just be vinegar on the shelf. You might decide you need tyres for your car but end up buying a washing machine.

How did you decide to become a dentist?

I liked micro-engineering, the precision of making model aircraft. Another element was all the doctors and dentists in my family. The most influential person was my dentist uncle who lived in West Germany. I used to go to his practice where he checked my teeth and let me have a go on his equipment. I found it fascinating.

I initially thought I would be a medical doctor but changed my mind halfway through secondary school when I realised dentistry was an independent profession, so I could open my own practice, rather than rely on being employed in a hospital.

I’d seen West Germany and from a young age wanted to spend part of my life in a place like that, and then there was a school trip to London in 1992. In 2004 a good friend and fellow dentist surprised me and said: “I’m moving to England.” That turned me onto the idea. At the time IDH was recruiting in Poland, and I landed a job, signing the contract before I left. I had to pass an English test, but my clinical qualifications were transferable.

Did you have any communication issues, language wise?

Of course I had anxieties, but people here are very supportive, and I was never made to feel that they couldn’t understand me, or embarrassed of my language. If they couldn’t understand me the first time, they were trying to help me. This was encouraging. I think I had pretty good English from school but to be honest, I started really learning after I moved. The language of daily life is totally different to what you study.

How was life as an associate in the UK?

I did it for nearly eight years, in several NHS and private practices — much too long. Initially IDH gave me four or five locations to choose from and I went for Gosport because I wanted to try the seaside. I met two Polish dentists who were moving there and we rented a place together in Lee-on-the-Solent. I’m still there. It’s been 12 years this week. It’s pleasant, a 15 minute walk to the beach.

You bought Highfield Dental & Facial Clinic in 2013. How does it compare with owning a practice in Poland?

From what I see and hear, it’s tougher here. There’s more regulation and rising costs. I just had a letter from my dental indemnity provider saying it’s raising its fees by another £1k.

I cannot stop thinking that you make large sums but you pay back the majority of it. In Poland costs aren’t as high but you keep more of it, so I think you might be better off there. I have some friends, a couple, who were here for seven years and they returned to Poland three years ago. They don’t complain at all, they are really happy there.

What happened to your practice in Krakow?

In Poland there’s no such thing as goodwill, you can only value the premises and the equipment. I rented it out to a dentist for a while but when he moved on I closed it down, selling the equipment.

Are you worried about the Brexit deal?

I personally feel secure. I have dual nationality now, so legally I’m safe. To get it I had to live here for six years without being absent for more than a set number of days, then pay a lot of money.

The uncertainty is from an economical point of view — if it gets worse will people stop buying dentistry? People will always see the dentist if they need to, but will people still invest in improving their smile? I have a great passion for cosmetic dentistry and love to deliver it to my patients. I think that Britain, with an economy of this size, is rather safe. It would be surprising to see a long term decline.

Any advice to young dental graduates?

I’ve now moved through all the stages of a dental career. Before owning my practice in Poland I worked as an academic, teaching prosthodontics to students in university, then I was an associate in Poland.

I’d encourage young dentists to look on life not from a job perspective but a personal perspective: how do you want to live, what do you like to do, apart from work? What I do in my work is the same here and in China, using the same materials and procedures.

So I think what should determine your life is to live where you feel comfortable, surrounded by people and places which you love. I’ve been fortunate to be in an extremely comfortable position because of political changes and the opportunities that arose because of them. My parents wouldn’t have dreamt about something like that. I feel really lucky, living in these times.

Covid-19 Practice Update: WE ARE OPEN

My visits to Highfield Dental and Facial Clinic have been very positive. All the staff are friendly and professional. I feel safe and 'listened to' when I am sat in the dentist chair. Treatment and costings are fully explained. Thank you Team.

Find us in Southampton